(Fayetteville, NC) – Detectives with the Fayetteville Police Department’s Robbery Unit are requesting the public’s assistance identifying a suspect in a robbery investigation which occurred on April 21, 2020, in the parking lot of the Valero Gas Station (346 N Reilly Road).

The victim, a 54-year-old female, suffered multiple lacerations to her face and hands. She was transported to Cape Fear Valley Medical Center for treatment.

Detectives with the Fayetteville Police Department’s Robbery Unit are actively investigating the robbery and have obtained still images from the stores surveillance system of the suspect. 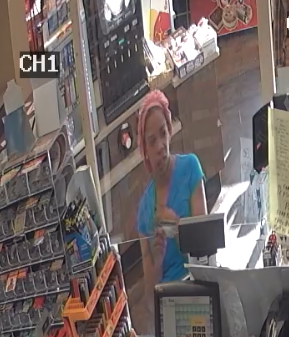 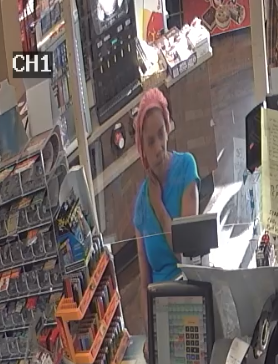 Detectives are requesting anyone with information concerning the identity of the suspect to contact them, and are also encouraging the suspect depicted in these images to come forward.

Anyone with information is asked to contact Detective B. Bullard with the Fayetteville Police Department at (910) 703-1948 or Crimestoppers at (910) 483-TIPS (8477).  Crimestoppers information can also be submitted electronically, by visiting http://fay-nccrimestoppers.org and completing the anonymous online tip sheet, or by downloading the FREE “P3 Tips” app available for Apple devices in the Apple App Store and available for Android devices in Google Play.