(Fayetteville, NC) – Detectives with the Fayetteville Police Department’s Robbery unit are seeking the public’s assistance identifying three (3) suspects who robbed a pizza delivery driver on April 9, 2020, along the 1900 block of Seabrook Road at approximately 5:50 pm.

The preliminary investigation revealed the victim was making a delivery at an address and one of the suspects told the driver the person he was looking for was in the back. The victim drove to the rear of the location where another suspect was standing. While the victim was getting the pizza and soda from his vehicle, he was approached by a third suspect who was wearing a gorilla mask. The third suspect pointed a small handgun at the victim and demanded the food. The victim complied and gave the suspect the food and soda. All three suspects left the area together and ran toward the area of Rudolph St.

Detectives have obtained still images of all three suspects from a nearby surveillance system and are requesting the public’s assistance identifying them.

The first suspect is described as: 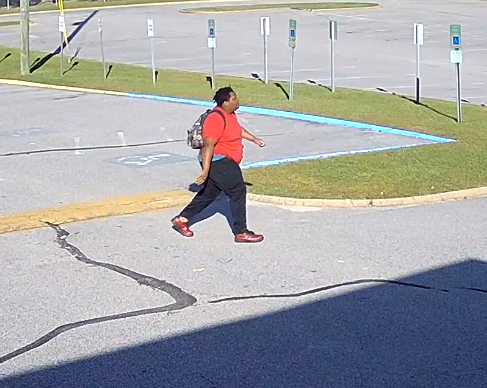 The second suspect is described as

The third suspect is described as a: 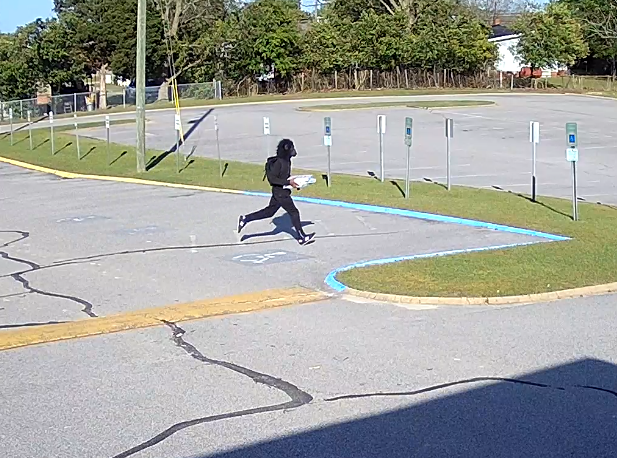 Anyone with information regarding this robbery or the identity of the suspect is asked to contact Detective J. Ballard with the Fayetteville Police Department at 910-303-7571, or Fayetteville / Cumberland County Crimestoppers at (910) 483-TIPS (8477). Crimestoppers information can also be submitted electronically, by visiting http://fay-nccrimestoppers.org and completing the anonymous online tip sheet, or by downloading the FREE “P3 Tips” app available for Apple devices in the Apple App Store and available for Android devices in Google Play.